Pianist Haewon Song is a member of the acclaimed Oberlin Trio along with Oberlin faculty David Bowlin, violin, and Amir Eldan, cello. An internationally recognized artist and pedagogue, Song has performed and taught at top venues throughout the United States, Europe, and Asia. Her frequent appearances include, among others, concerto performances with the KBS Orchestra in Seoul, the Baltimore Symphony Orhcestra, Cleveland Chamber Symphony, and Oberlin Conservatory ensembles including the Chamber Orchestra, College Community Strings, and Wind Ensemble.

A native of South Korea, Song attended the Toho School in Tokyo, Peabody Preparatory School, and the Juilliard School, where her major teachers were Julian Martin, Martin Canin and Shuku Iwasaki. She has taught at Tunghai University in Taiwan, Kyung Won University in Seoul, and has been a member of the Oberlin Piano Department since 1991. Throughout her tenure at Oberlin, her students have won major prizes in both national and international competitions including MTNA Nationals, Wideman, Kingsville, Oberlin International Piano, Walgreen, World, and Corpus Christie, and regularly appear with significant orchestras across the United States and Asia.

A frequent performer in duo piano recitals with her husband and fellow Oberlin faculty member Robert Shannon, their recording of George Crumb’s Celestial Mechanics (Bridge Records) has been hailed as “a wonderfully buoyant rhythmic performance” (Classicstoday.com).

In 2005, Song toured Korea as a member of the Oberlin Piano Quartet, which included celebrated performances in Daejeon and at the Kumho Concert Hall in Seoul. 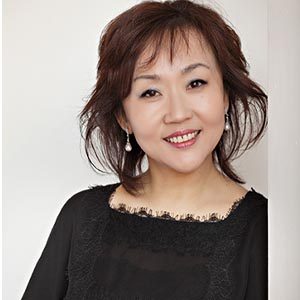