Lisa Nakamichi, known for her exquisite performances of Mozart has been called “born to play Mozart” by Honolulu Advertiser critic on her concerto performance with the Honolulu Symphony Orchestra.

Her successful Tokyo solo debut recital sponsored by the Japanese Ministry of Culture launched Ms. Nakamichi’s career in Japan. Ms. Nakamichi has since appeared in concerto performances throughout Japan among them the New Star Japan Philharmonic in Tokyo, the Kyushu Philharmonic in Nagasaki, Kyoto Symphony in Kyoto and the Hiroshima Symphony in Hiroshima. Her performance with the Hiroshima Symphony was reviewed as “brilliant Mozart playing” .

In March 2012, Ms. Nakamichi was the featured soloist in the inaugural concert of the newly revived Hawaii Symphony Orchestra under the baton of Maestro Naoto Ohtomo.  Concerto performances with the Honolulu Symphony have totaled over a dozen times and her performance of the Mozart Concerto was reviewed in the Honolulu Advertiser as “above all beautiful”.  She has collaborated with the Hawaii Youth Symphony in a performance of Gershwin’s Rhapsody in Blue, celebrating Louis Vuitton’s 150th anniversary concert.

Nakamichi has appeared in numerous recitals in major cities of the U.S., Canada, Europe, and Japan. For the past decade, she has been invited by dignitaries and diplomats to perform in solo recitals, including the residence of the Japanese Ambassador to the United States in Washington, D.C. and residence of the Consul General of Japan in Honolulu. In September 2011, Nakamichi was presented in a recital at the residence of the Japanese Ambassador to Austria in Vienna. Nakamichi has also appeared in recitals at the Tokyo Bunka Kaikan in Tokyo, The Symphony Hall in Osaka, Eroica Saal in Vienna, Libby Hall at University of Utah, and University of Alaska, Anchorage, among others.

Lisa Nakamichi received her Bachelor’s and Master’s degrees from The Juilliard School under the tutelage of Martin Canin and doctoral degree from the State University of New York at Stony Brook. She is the founding artistic director of the Aloha International Piano Festival in Honolulu, Hawaii. 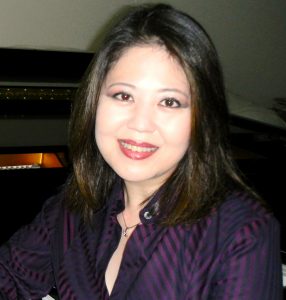