Pianist Thomas Sauer is highly sought after as soloist, chamber musician, and teacher.  Some of Mr. Sauer’s recent appearances include concerto performances with the Quad-City and Tallahassee Symphonies and the Greenwich Village Orchestra; solo performances at Carnegie Hall (Stern Auditorium), Merkin Concert Hall, Rockefeller University, and St. John’s College, Oxford; appearances on Broadway as the pianist in 33 Variations, a play about the composition of Beethoven’s Diabelli Variations; and performances at the Chamber Music Society of Lincoln Center and the Philadelphia Chamber Music Society.  With his long-time duo partner Colin Carr, Mr. Sauer has appeared at the Wigmore Hall (London), Holywell Music Room (Oxford), the Amsterdam Concertgebouw and Musikgebouw, Bargemusic (New York City), the Isabella Stewart Gardner Museum (Boston), and Princeton University, among many other venues.  Other appearances include recitals with Midori at the Philharmonie in Berlin and the Palais des Beaux Arts in Brussels; performances with members of the Juilliard String Quartet at the Library of Congress; and numerous concerts with the Brentano String Quartet.

A member of the music faculty of Vassar College and the piano faculty of the Mannes College, Mr. Sauer is the founder and director of the Mannes Beethoven Institute.  A graduate of the Curtis Institute, Mannes College of Music and the Graduate Center of the City University of New York, his major teachers included Jorge Bolet, Edward Aldwell, and Carl Schachter. 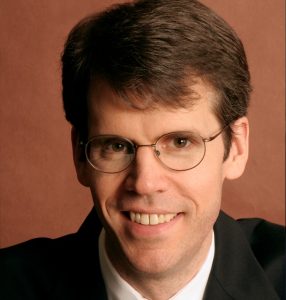