Born in China in 2007, Yuqiao Chen is a student at the Ecole Francaise International de Pattaya, Thailand and he currently studies piano with Irina Novikova who comes from Moscow.

Yuqiao has been invited to perform concerts in many different countries, including a solo recital in Kathmandu when he was 10 years old and series of concerts in Prague and Berlin.  Invited by “International Philharmonic Children of Future”, he performed 3 concerts in Moscow.  Yuqiao is titled as “Bechstein Young Artist”. 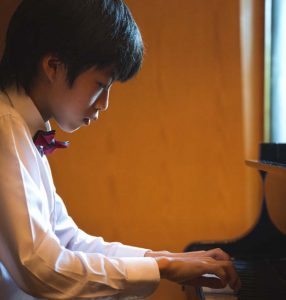