Zhouhui Shen is currently studying at The Juilliard School in New York City.  She started playing the piano at age six.  In 2013, she was admitted to The Middle School Affiliated to Shanghai Conservatory of Music, where she began to study with Prof. Yang Yunlin, a famous Chinese piano educator at the Shanghai Conservatory of Music.  During her study at school, she achieved excellent academic performance and won the school’s scholarship and Niuende Scholarship numerous times. 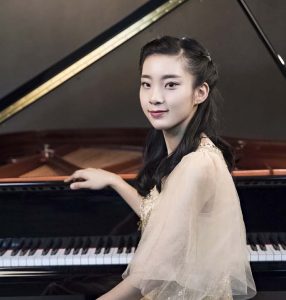